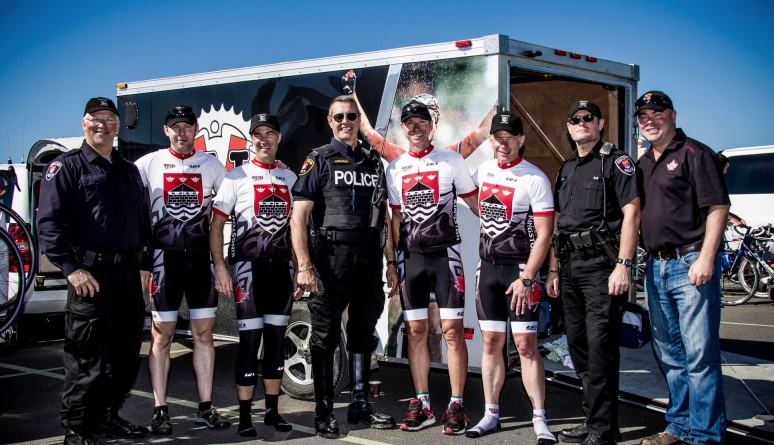 Starting his career in 1985 with the Kingston Police Force (KPF), retired Detective Constable Ron Leyenhorst dedicated more than 31 years to community safety. During his time at KPF, Ron worked on frontline patrol, in the Tactical Support Unit, in the Training Branch and in the Criminal Investigation Bureau. Ron also spent eight years as a part of the Kingston Police Association, including one year as Vice President.

Throughout his time with KPF, Ron developed a strong appreciation to those who choose policing as a career. Regarding it as an honourable profession, he believes services have to hire the right people and always keep in mind the wellbeing of members during their careers, both mentally and physically. Because of that, Ron dedicated his time to maintaining the Kingston Police fitness room for 28 years, helping officers ensure they had a place to go to sustain their level of fitness. He believes, due to the dedication of the members of KPF, they are some of the fittest officers in the province.

The 2015 ride would have been Ron’s last before he retired from policing, but unfortunately he couldn’t ride due to an injury. He still accompanied the riders in a support role, but was feeling a little sorry for himself as he envisioned finishing his career riding up Parliament Hill.

As Ron was paying tribute to the fallen officers at the memorial wall, he overheard a girl, around six-years-old, point to a name and say, “Look mommy. Daddy is number 17.” Her father had been killed four years earlier, so she likely wouldn’t have any memory of him. Her mother was crying and couldn’t reply so she only nodded.  Those few moments made Ron realize his injury didn’t matter. His children grew up knowing their father and were able to celebrate milestones, like his retirement, with him.

“This is one of the reasons I participate in the Ride to Remember,” said Ron. “It’s a way for me to honour the fallen officers and show their families they are not just numbers. Some officers make the ultimate sacrifice for their communities and that needs to be remembered.”

A career highlight for Ron was when he was part of the TAC team who arrested two bank robbers after they shot three Durham Regional Police officers and two citizens during a 1994 Port Perry bank robbery. Thankfully, no one was killed during the robbery.

And a personal accomplishment for Ron was when he won the gold medal in mountain biking at the World Police Fire Games in Ireland in 2013 and in Virginia in 2015. Amazingly, when racing in Virginia, Ron broke his hand on the first lap but still pulled out a repeat victory.