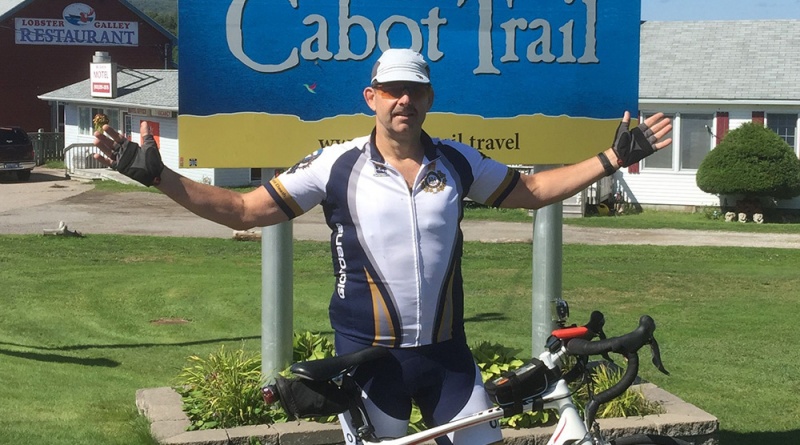 Inspector Brad Fishleigh started his policing career with the OPP in 1993 after serving with the Canadian Forces for 17 years. He was posted to Brighton OPP where he was introduced to small town and rural policing. He was a Breath Tech and Coach Officer and had the good fortune to be in a pilot program as the first Scenes of Crime Officer for the OPP. Brad was transferred to Blenheim OPP to a municipal contract in 1996 before being transferred to Chatham-Kent OPP and promoted to Sergeant in 1997.

Brad has always been a fitness junkie, playing numerous competitive sports and completing marathons and triathlons in his younger years before switching to extreme trail racing. Brad competed in the 100 km Dances with Dirt Trail Race in Hell Michigan and also completed the Baton Memorial Death March, a 26-mile marathon with a 30 lb pack in the mountains of New Mexico in 2004.

When his knees finally gave out, Brad took up cycling and hasn’t looked back. He completes many charity rides every year in addition to the Ride to Remember.

“I have personally known and worked with a number of fallen officers,” said Brad. “As a funeral commander with the OPP, I have seen the grief and anguish for the families first hand. Every cyclist rides for the memory of our fallen heroes.

These officers live on through stories of their heroism, of the funny things they did that made us laugh and smile and the difference they made on the job.”

Brad’s most memorable moments are stopping at the Ontario Police Memorial in Toronto and on Parliament Hill in Ottawa, of the friendships he has made with officers across the country and riding through the many small towns where people line the street and cheer as the Ride to Remember passes.

The ride, and all the good it stands for, renews his faith in policing and in society in general. The comradery and esprit de corps on the ride is like being on a winning sports team to Brad and it’s that comradery that gets riders over the hills and through the challenging parts.

“Finishing the ride is a great feeling of commitment, accomplishment and a loyalty to a cause that’s larger than all of the cyclists. The emotions are so strong, so real and so close to the surface, he has seen officers break down and then come together to comfort each other as a police family.”

The 2019 Ride to Remember may be Brad’s last ride as he passes the torch when he retires in 2020, but he will remember it as a highlight of his career. It has given him fond memories with his children, who have also completed the ride, and stories to tell his grandchildren.

Brad’s wife Marsha also participates in the Ride to Remember as a part of the OPP support team.

“I would also like to recognize and thank my wife Marsha for her tireless energy and commitment in looking after the logistics for the OPP team for the past six years during the Ride to Remember. We certainly could not have done it without her.”

Brad is planning on riding across Canada in 2020 and just may end up back on Parliament Hill when he is done.