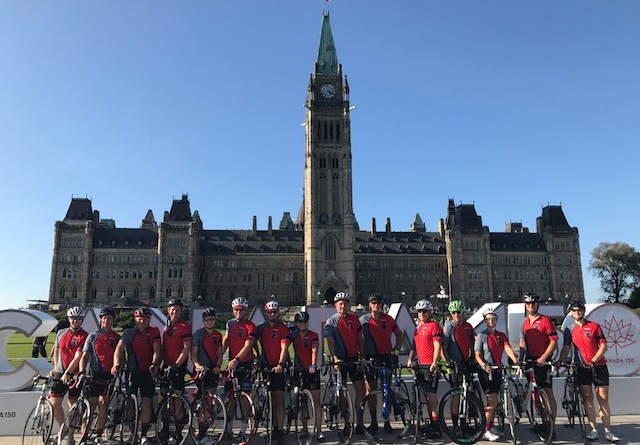 Members of Hamilton Police Service will be 18 strong, plus three support crew, as they hit the road to Ottawa on the 2018 Ride to Remember. 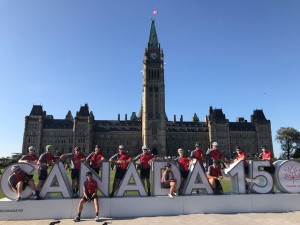 Their team is comprised of members with a range of service time from three to 30+ years in policing and from a variety of units within the service. Whether they serve on frontline patrol, in court security or as Deputy Chief; on the ride they are all there for the same purpose. To honour those who have made the ultimate sacrifice for their community.

Team leader Sergeant Michael Page, who will retire this year after 30 years of service, has been doing the ride since 2014 in order to ensure those who serve are never forgotten.

“I ride in recognition of the seven Hamilton officers who died in the line of duty,” said Mike. “We haven’t had a line of duty death since Decemeber 22, 1968, but it’s important we keep their memory alive.”

Following Mike’s lead, several riders are back for their second, third and fourth rides, along with six new riders. All are inspired to ride for personal reasons.

Staff Sergeant Christopher Hastings and Sergeant Scott Moore ride to let the families of fallen officers know the will never be forgotten, while Sergeant Robert LeJeune and Detective Constable Adam Brown find the ride unites so many people from so many different services. A great way to honour those who have paid the ultimate price. 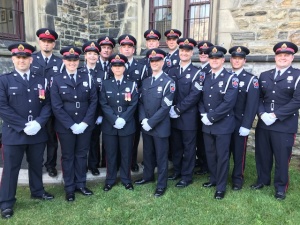 Not only does this team come together for the Ride to Remember, but they support local cycling events that raise funds for St. Joseph’s Hospital and also to help underprivileged children get into the sport.

This Hamilton team gets in tip-top shape by participating in triathlons, cylocross, Iron Man and road events.

That should help ensure they are road ready come September 26. 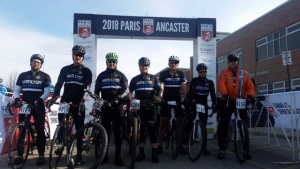 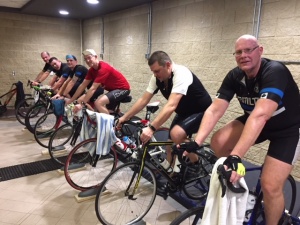 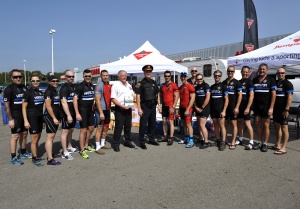 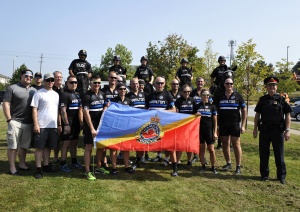 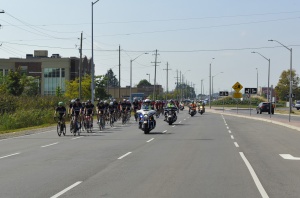 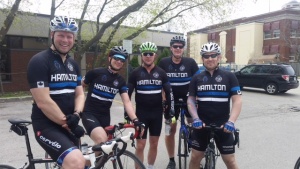