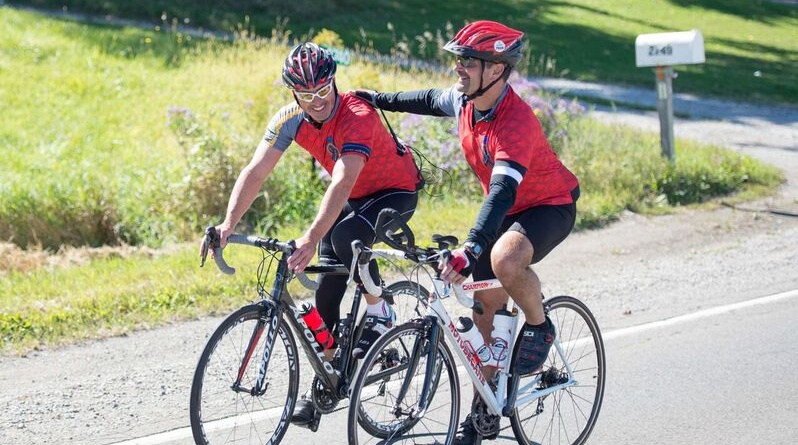 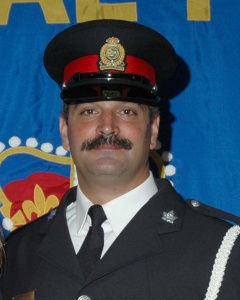 Niagara Regional Police Service welcomed Sergeant Shawn Briggs to its ranks in 1989. After serving seven years on frontline patrol, he moved into various investigative roles including Criminal Investigation Bureau, Street Crime and Major Crime. Sergeant Briggs also spent 10 plus years as part of the Dive Team and is currently an Administrative Sergeant within the Service.

Sergeant Briggs was an active diver and an Operations Supervisor with the Underwater Search and Recovery Unit (U.S.R.U.).  During his years with the team, Sergeant Briggs successfully completed numerous operational dives in search of evidence and lost/disposed of items; however, the most rewarding part of being a part of the team was also the saddest. The unit is called upon to recover missing people and while the outcome of each case is tragic, it allowed him to help provide families with much needed closure.  During his tenure with the U.S.R.U., Sergeant Briggs and the other team members took part in a scientific dive study, with Simon Fraser University and coordinated by Sgt. Wiley, which was later aired on the Discovery Channel.

This year’s Ride to Remember will mark the 9th time Sergeant Briggs has completed the more than 700-kilometre trek and it’s a major milestone for him as not only is he a participant, he is the person responsible for making the ride what it is today. 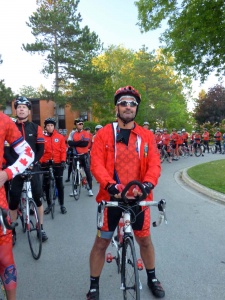 The Ride to Remember was established in 2000 and was spearheaded by Constable Don Laing of the Niagara Regional Police Service.  “I remember the first year I rode (2007) when there were just six of us,” said Sergeant Briggs. “To see it grow to where it is today, makes me extremely proud. It allows us the opportunity to give recognition to those who lost their lives during their policing career.  I have personally known officers who have died and, at the very least, the Ride gives us the time to remember and honor those officers and show their families they will not be forgotten.  The public awareness to the Police Memorial Service has grown substantially over the past few years.  That is a very important aspect of the Ride.”
Memorable Moments:

As a personal highlight, Sergeant Briggs took over coordinating the Ride to Remember in 2010 when it was only a Niagara event.  From then, Sergeant Briggs reached out to other policing agencies across southern Ontario for their support and participation in the event.  The Ride has grown from one police service and a couple of riders to the more than 120 riders, representing some 25 policing agencies who take part in it today. He has been able to raise public awareness for the fallen officers and has helped develop great friendships with riders from other police services and agencies around the province and across the country.   The Ride to Remember has established a good working partnership with the Run to Remember event and its coordinators who support the same cause.  Over the past seven years, the Ride to Remember has raised thousands of dollars to donate to the Police Memorial Fund and the Path of Honor at the Ontario Police College.  The Ride has also given him the opportunity to bond with his two sons, who have accompanied him on training rides, and his wife who is a major supporter for him and has taken on major portions of the behind the scenes work, that makes such an event as successful as it is. 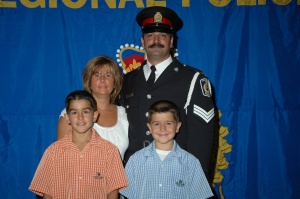