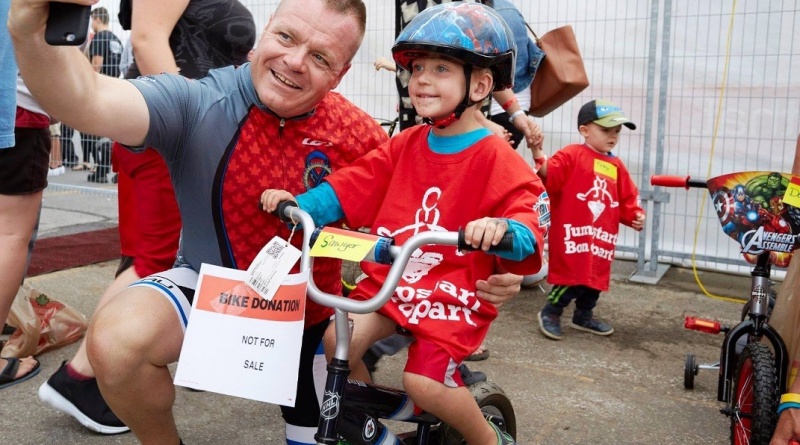 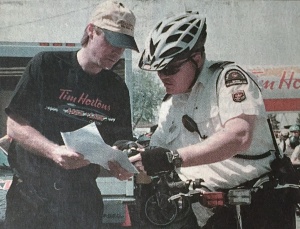 Adam spent the next 13 years working out of Traffic Services as a Breath Technician, Radar/Lidar Instructor-Trainer, Speed Management Coordinator and Collision Reconstructionist. After being promoted to sergeant in early 2017, Adam spent 10 months as a Uniform Patrol Sergeant until he moved to his current position as Traffic Sergeant in charge of a Traffic Management and Road Safety Team.

Adam grew up in Durham Region and used his bicycle as means of transportation. Whether it was the five kilometre commute to school, 10 kilometre ride to soccer practices, or a 35 kilometre trek to Port Hope to visit his mom, he was always riding.

“I have always considered myself a “roadie”, except for the three years I tried mountain biking in the early 90s while completing my Phys. Ed. degree,” said Adam. “But I called that quits after a third tree incident.”

Adam rode religiously till 2008 before work demands as a Collision Reconstructionist lead to a six-year cycling hiatus. After years of sitting in a detective office and slowly piling on the weight, he returned to his cycling roots in 2015 to prepare for the ride, but staffing issues prohibited him from joining the Ride to Remember family until his first ride in 2016.

During a 200 kilometre predatory ride, eight days before the 2017 Ride to Remember, Adam reinjured his back, keeping out of the saddle for nearly a month and missing the ride. The disappointment of missing the ride, lead to a modified training plan, which got him back on his trainer during the winter months, for the first time in nearly 10 years, and committed to a year-round training regime. 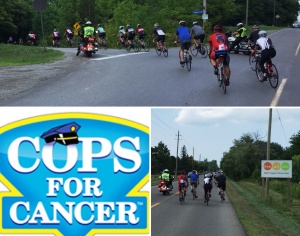 After nearly 600 collision investigations, I can say without a doubt that the most rewarding part of my career has been my time as a Collision Reconstructionist. To be the person responsible for getting a family answers in the most traumatic times in their lives was not only humbling, but a privilege and honour that I hold near and dear to my heart.”

Career highlights include that first ride onto Parliament Hill as a part of the Ride to Remember team in September 2016 after having been off work with an occupational stress injury for three months. Adam’s was also named the 6 District Officer of the Year in 2003, elected by his peers as the OACP Reconstruction Subcommittee Chair in 2014, received the Traffic Safety Leadership Award in 2015, was nominated to the NRPS Peer Support & CISM Teams and asked to be a trainer for the 2018 NRPS Cops For Cancer Team.

On a personal note, Adam has been a volunteer with St. John Ambulance since 1994 and is a Commander in the Order of St. John. His involvement with St. John gave him the opportunity in 2001 to meet his childhood cycling inspiration, Steve Baurer. Adam is also an internationally licenced Soccer and Goalkeeper Coach, and served five seasons as the goalkeeper coach for the Brock Badgers Men’s Soccer Program, with whom he was a 1995 National Bronze Medalist.