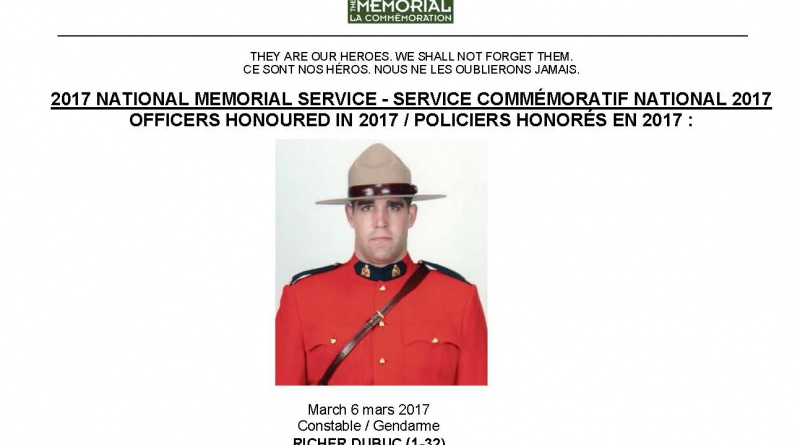 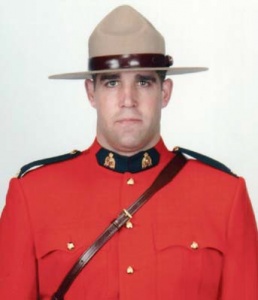 The 42-year-old, father of four, was killed when his RCMP vehicle collided with a tractor in Quebec. Constable Dubuc joined the RCMP in November 2009 and was stationed at the Codiac Detachment in New Brunswick. In January 2017, he joined the Integrated Border Enforcement Team at Satin-Jean-sur-Richelieu in Quebec.

Historical Officers being Honoured in 2017: